iQuanti: Everything about a … 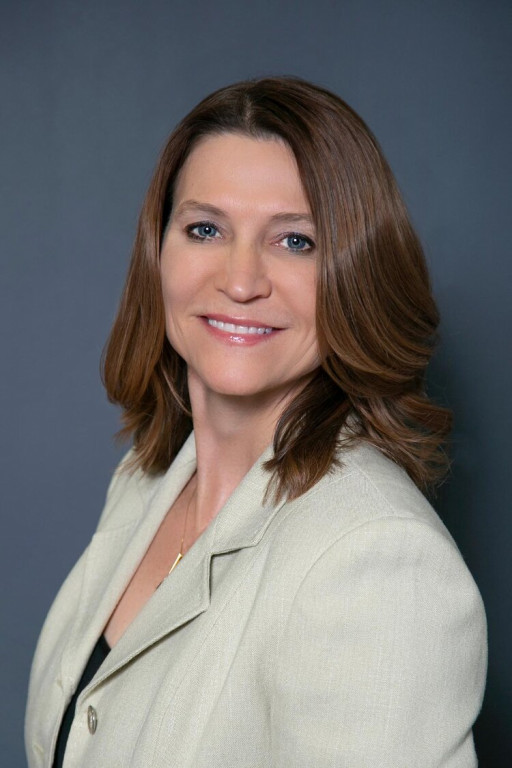 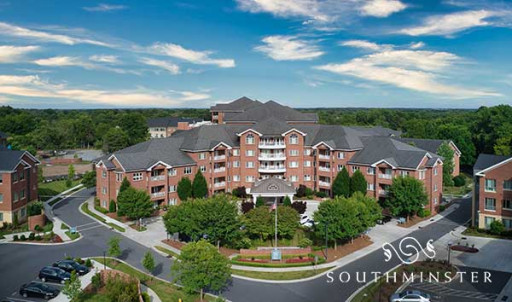 Following a national trend in recent years, foresighted couples and singles have begun jockeying for positions on waitlists at Life Plan Communities like Southminster when they reach their late-60s or 70s, instead of their 80s. In order to embrace this evolution and remain on the leading edge of senior living in the Sunbelt city of Charlotte, Southminster has strategically analyzed and anticipated evolving demographic demand and embarked on a well-thought-out eight-year expansion journey.

In 2020, it completed its first three-phase expansion that included Embrace Health at Southminster, a new person-centered model for higher levels of care. According to Mary Cooper, Chief Operating Officer, who championed this new model of care early on, “The neighborhood design of our small-house model ensures that residents and families always remain central to decision-making regarding their care as their needs change.”

Along with this 200,000-square-foot, state-of-the-art health center, Southminster’s $140 million expansion included 86 new apartments that increased total Independent Living residences by 27 percent. Southminster had been fully occupied for about four years prior to the groundbreaking, and their waitlist doubled during construction.

Never willing to slow down, Southminster has now embarked on its next strategic plan, “Driving Toward Excellence 2022-2035.” It encompasses objectives ranging from diversity, equity and inclusion to technology and data analytics, land acquisition and cultivating innovation. According to Lisa McClellan, Vice President of Human Resources, “Our eye will always be on staffing and recruiting initiatives, but we are increasing our focus and energy toward employee retention and engagement. COVID took its toll on gatherings and engagement opportunities, so we are redesigning our HR priorities to fit the needs of our people.”

Part of the plan in this new era of senior living involves philanthropy and making an impact on the broader community. Tracy McGinnis, Southminster’s Vice President of Philanthropy and Strategic Initiatives, reports that since its inception, Southminster’s fund has distributed over $13 million in financial support to residents living on its South Charlotte campus. Since expanding its philanthropic mission more than six years ago, Southminster has given over $3 million in philanthropic support to various non-profits across Charlotte Mecklenburg.

Southminster recently announced a collaboration with The Ivey, a Charlotte non-profit devoted to serving individuals living with early memory or cognition concerns and their caregivers through programs designed to optimize brain health for aging well. It also strengthened its partnership with The Shepherd’s Center of Charlotte, a local non-profit with a mission that includes offering lifelong learning, free transportation, and Medicare counseling to seniors across Mecklenburg County.  “We believe in collaborating with like-minded organizations to accelerate impact across all generations through education, the arts, and building healthy communities in Charlotte Mecklenburg,” McGinnis said.

According to Ben Gilchrist, Southminster President and CEO, “Our living, breathing strategic plan will enable expanded services to a broader market throughout the region in the years to come. The future is bright indeed.” For more information on Southminster, please visit www.southminster.org. 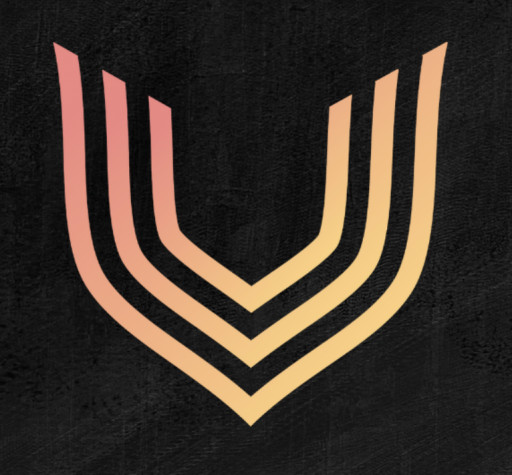 Project Uprise, an education and marketing company created with the sole purpose of fighting against child trafficking in the United States is launching this weekend, on Jan. 7 & 8. And with it, dozens of celebrity athletes, influencers, coaches and business executives are coming together to show their support.

But they are not coming out for another fundraising gala or telethon. They are building a groundbreaking collaborative business platform that offers incredible educational products, and exclusive merchandise, designed to set a new standard to implementing change in a measurable way. And the best part is, it is built to strategically fund the fight against child trafficking inside the United States.

“After over two decades working with corporate brands and for-profit businesses while at the same time working with nonprofits, it becomes very clear the changes that need to happen on a cultural level that can only gain momentum if it is attached to a self-funding business model to capture the attention and maximize returns. So we developed a system to solve that and have some amazing celebrities, business coaches, and global entrepreneurs collaborating with us. This has become a snowball and we get to override the cultural resistance to talking about the problem by empowering everyone to be a part of the solution. People are ready for massive change and we will lead it by saving the children first.” – Project Uprise CEO, Livia Fisher-Kane

Livia Fisher-Kane, CEO and founder and her husband, Aaron Fisher-Kane co-founder and CSO of Project Uprise started on a journey 20 years ago. The vision was simple, but not easy: flip the script on how things are done with non profits. They started as documentary filmmakers in their early 20s’ working with animal welfare nonprofits in Brazil . Their first film made such an impact that the state government of Rio started implementing animal welfare laws and incentives that served as an important seed to change in legislation across the country. Since then they have built a successful career working with celebrities and corporations, developing cultural shifts and independent business systems to scale and improve ROI. They will use the success and knowledge from these systems to grow Project Uprise.

To kick things off, Project Uprise is “launching” with a free 2 day event that counts with the likeness of legendary athletes and top earning coaches such as Royce Gracie, Wanderlei Silva, Chael Sonnen, Denis Waitley, Matt Morris, Ray Higdon, just to name a few. They have been brought together by serial entrepreneur, producer, and Chief Experience Officer for Project Uprise, Adora Crystal Evans. Speakers will be offering advice and coaching on personal and business development and how to maximize impact in 2023 together with incredible stories and powerful interviews. During the event several collaborations will also be unveiled and made available for purchase with all profits going to The Harbour Youth in Albuquerque, NM with the goal to fund their entire operations 24/7 for 12 months.

Project Uprise invests 100% of profits after taxes into strategic anti-trafficking programs such as The Harbour Youth, a drop-in center for homeless youth in Albuquerque serving as an effective interception center for victims of trafficking. Project Uprise also has a national plan for The Harbour Program working with it’s director Shelley Repp.

“Our goal is to go mainstream. Is to level the field for those fighting for what is right. We need to protect our children. And people are ready to uprise and make things happen. We are going to build a culture where the most influential people, the people our kids look up to, are the ones making the biggest difference. In a real way. And that’s when we truly implemented change.” – Aaron Fisher-Kane, Project Uprise Chief Strategy Officer

Other programs include providing career resources to survivors and at-risk youth globally through The Uprise Academy and The Butterfly Effect Program, a sponsorship program for survivors pursuing creative careers. Project Uprise is committed to fund and support the most effective anti-trafficking programs and efforts targeting prevention, interception, rescue, rehabilitation and professional resources for at-risk youth and trafficking survivors inside the United States.

“The reason why we started with the fight against child trafficking in the United States is because it’s the biggest and most urgent matter we have in our hands, and it’s undebatable. By impacting that reality through a duplicatable collaborative model, we give the world the blueprint to change. That is our legacy. That’s when we know we gave the world the spark and the plan they need to achieve anything. Everyone is invited. This fight belongs to all of us.” – Livia Fisher-Kane

Join, support, stay connected with Project Uprise through their website www.timetouprise.com or on social @timetouprise.

Entrepreneurs, Activists & Athletes Come Together to Show the World How to Fight for What Matters & Win 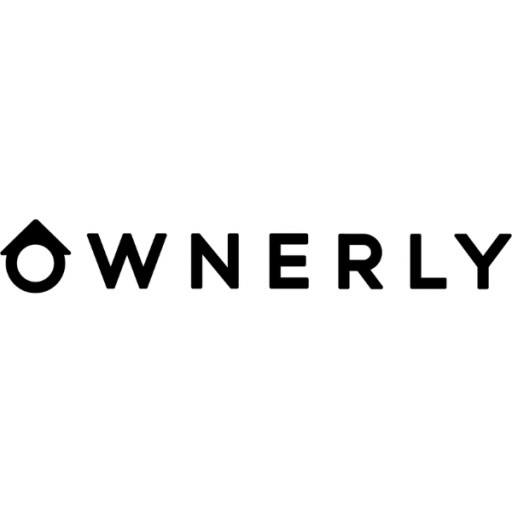 Ownerly examines which states saw the largest increase in electric bills the past year, as energy inflation hit a 40-year high. 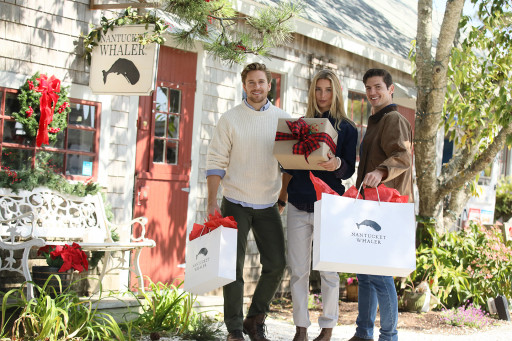