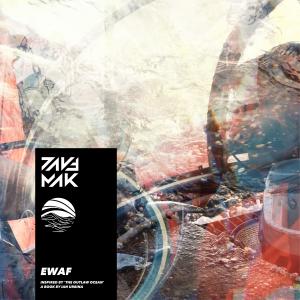 I want people to feel the anarchy of the sea and make them understand the 71 percent of the world they likely aren’t paying enough attention to.”

The Outlaw Ocean Music Project, run by the label Synesthesia Media, is a global and expansive effort to disseminate The Outlaw Ocean Project’s investigative journalism to a broader audience by releasing music inspired by offshore reporting.

Spanning genres from classical to hip-hop to electronic, hundreds of musicians from around the world have joined the effort. Many of the artists who participate in the project draw from an audio archive of field recordings captured by Urbina while reporting offshore.

Dave Mak is a 23-year-old Mexican superstar with a very peculiar style in the music industry. Mak developed his own sound mixing a lot of musical influences, mostly Pop and Electro House. With 9 years as a music producer and ghost producer, Dave has managed to captivate great top 100 DJs such as Hardwell, David Guetta, Afrojack, Deorro, Ummet Ozcan and many others. His music has been played in EDC Mexico, Dreamfields, Lollapalooza, EDC Las Vegas, EDC Orlando and many others.

His 2020 collaboration with The Outlaw Ocean Music Project resulted in “E.W.A.F.” The single consists of three downtempo tracks, each representing a distinct chapter of Urbina’s 2019 book The Outlaw Ocean.

In the video posted by The Outlaw Ocean Project, Mak discusses his creative process and reflects on Urbina’s reporting.

“I wanted to communicate the adrenaline, anguish, and fear, all of the feelings that Ian was feeling at those moments,” he shared.

Mak also included his own voice recordings to shape the experience.

“Each chapter keeps you on the edge of your seat,” he said.

“E.W.A.F.” by Dave Mak is available in all stores, including Apple Music, YouTube, and Spotify.

About The Outlaw Ocean Project:

The Outlaw Ocean Project is a non-profit journalism organization founded by Ian Urbina that produces investigative stories about environmental and human rights concerns at sea globally. The project seeks to not only produce polished, narrative investigative journalism, but also to amplify that reportage by converting it into other mediums to reach new audiences all over the world.


EIN Presswire’s priority is source transparency. We do not allow opaque clients, and our editors try to be careful about weeding out false and misleading content.
As a user, if you see something we have missed, please do bring it to our attention. Your help is welcome. EIN Presswire, Everyone’s Internet News Presswire

,
tries to define some of the boundaries that are reasonable in today’s world. Please see our
Editorial Guidelines
for more information.